On 10 January 2012, Google announced the rollout of Search Plus Your World. 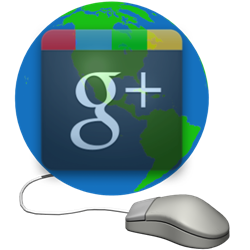 This is the next stage of integrating search and social. Read Google’s announcement at the link above for the full story, but essentially logged in Google users will start to see private results and posts by people in your Google+ circles.

A lot of people in the online marketing space are up in arms about it. After taking a few days to process the changes and read various opinions, I’d like to add to the conversation by looking at the issues a little deeper. To do this we’ll have to take off our blogger or marketer hat and view it from others’ perspectives.

If you’re Google, you would see Facebook incrementally taking control over large chunks of the general public’s time online. Not just with Facebook.com and Facebook games, but with deep integration in websites, through things like comments or logging in using Facebook’s protocol. Facebook, being a walled garden, has access to enormous amounts of data invisible to Google.

Microsoft, with Bing, much of Yahoo!, its Windows desktop systems and now Windows Mobile also control an enormous amount of data that Google doesn’t have access to.

Data, for a company like Google is worth its figurative weight in gold. With it, Google can understand user behavior, test new products, track changes to current products and keep an eye on browsing habits. Starving Google of data is like us having a cut in oxygen. Not good.

Think of it another way – Facebook, Microsoft & Apple all have their own universe where users visit. Take away Android & Google+ (both pretty recent products) and what does Google have? Um… a place where people go to look for stuff…? A bit of email & some document software? If people figure out they can find what they’re looking for just as easily on one of the platforms they spend most of their time on, Google is up a certain creek without a certain paddle.

That’s why Google’s pushing so hard to create a virtual universe for people to “live” in, so to speak.

Because Google+ is very new and still quite unfamiliar for most people, I’ll substitute it with Facebook for these scenarios:

While you don’t want all the results to be Facebook updates (or you’d search Facebook), a reasonable sprinkling would be very useful, wouldn’t you agree?

If your friends were all on Google+, would you slowly leave Facebook because of it? Quite possibly.

Google has repeatedly talked of a future where we don’t need hard drive space. When everything, files and applications alike, will be stored on the cloud and we’ll access them as and when needed.

Having thought long and hard about this (yeah I know, you wouldn’t have taken anywhere near as long, but the cricket was on :)), I believe Search Plus Your World is just another step in Google creating an entire online ecosystem.

The step after Search Plus Your World would be to integrate Google desktop search. But that won’t happen. It’ll be an integration with your Google docs and email right from the search screen.

The whole aim is to draw users away from the Facebook and Microsoft ecosystems into an all-encompassing Google ecosystem.

Mark my words: “Google Universal Search” will take on a whole new meaning!