This is not another “Social Media Is Dead” post. Far from it. Social media is alive and well. So strong in fact that I believe it will soon cease to exist as a separate medium, if it hasn’t already.

Since writing SEO In 2012, I’ve been thinking about the interplay of social and search marketing.

Social media is a term coined by people in the online marketing industry to describe the so-called “Web 2.0”. I remember the first time I heard it, I was listening to Jack Humphrey’s Friday Traffic Report on my ipod at a bus stop many years ago. I’ve yet to find a definition that is both succinct and sufficiently far-reaching. 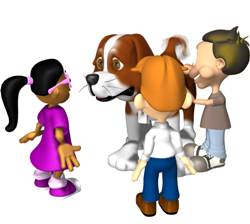 Every man and his dog are on social media

The general idea is that social media refers to online platforms where people come together to build, foster and grow interpersonal relationships within communities. Places like Facebook, Twitter and Linkedin. It also includes places like Hubpages and Squidoo where the focus of the community is around particular content. Blogs and forums have also been variously described as social media, even though they were around before the Internet. Some shopping sites could be categorised as social media. Wikipedia and IMDB too.

See where I’m going with this? Take out what could be considered social media and there’s not much internet left. All you’ll have are some government websites, a bunch of online stores and the rest are static websites by people who’ve had the same static site since 1995 (you know who you are).

Now with the most influential search engine running it’s own social networking site (Google+ in case the reference was ambiguous), Twitter being deeply integrated into Apple’s IOS and a Facebook app coming standard on every phone even remotely considered “smart” (yes Nokia, I’m looking at you), it’s getting even harder to separate social media from the rest of the internet.

The question is – how should we refer to it? What do you think – should we just call it the internet? What about separating sites into 3 categories: static, dynamic and ecommerce? Or maybe stagnant, vibrant and shopping? Should we even continue separating them?

I expect we’ll hear a lot more talk about it this year. Perhaps by 2013, maybe 2014 we’ll see a change in how we refer to social media. It’s going to be a hard habit to break.