With over 100,000 followers on Twitter and a pretty engaged audience, I often get asked by new people what they should tweet about.

Let me begin by saying I don’t have all the answers and there are many different approaches to tweeting. 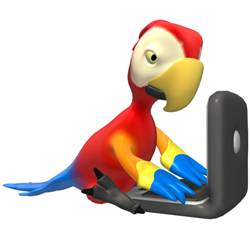 Now that we have that out of the way, here’s my opinion.

Regardless what persona you decide to go with, you should do a good mix of tweets, but keep the personal tweets to under 1 in 100.

Here’s the mix, in no particular order…

Twitter’s main strength over its competition is that “news breaks first on Twitter”. Both news and ideas spread quickly there, so it’s easy to become a thought leader.

My workflow for staying on top of this is:

Of course because of Buffer, I can post scheduled tweets from anywhere just by sending an email with the right email address.

I use quotes to keep my tweets ticking over. Over the years I’ve built up a pretty good list of great quotes, ranging from inspiring, to comedy, to clangers (love Yogi Berra!).

About 10 per day go out, spaced over random periods throughout the day. This is great for keeping “front of mind” and a lot of people retweet these quotes.

It took a lot of work to find the best quotes that will fit in 124 characters (140 less my retweet number of 16), but the effort has more than paid off. I started the collection by going through Brainy Quote.

I use Tweetadder to schedule the  posts. I used to use Social Oomph, but on the free version you could only schedule 30 tweets and I don’t want to pay a monthly fee for it (Tweetadder is a one-time fee).

Links To Your Site

Make sure whenever you post to your site you link to it on Twitter. I have this set automatically through Hootsuite using their RSS feed posting feature. That’s just one less thing I need to think about.

Make sure you @reply to everyone who engages with you on Twitter. I don’t normally reply if they just straight retweet something, but if they comment as well as retweet or they say something in reply, I’ll almost always reply back.

Also, keep an eye on your VIP list, industry list and any other lists you set up. Reply and/or retweet anything interesting there.

If you are posting to a personal or hybrid account (business & personal, ie if you’re trying to set yourself up as an authority in your industry), feel free to post commentary on things of general interest. Like if you follow a sports team or have an opinion on any news or current political stories. Don’t overdo it, but it’s a great way to inject some of your unique personality into your Twitter feed.

Just don’t do it. No one wants to know what you had for breakfast (unless you’re in an exotic locale and include pictures), that you stubbed your toe, or ran out of milk.

I think I’ve covered most of the main things. Mix them up and see what works for you.